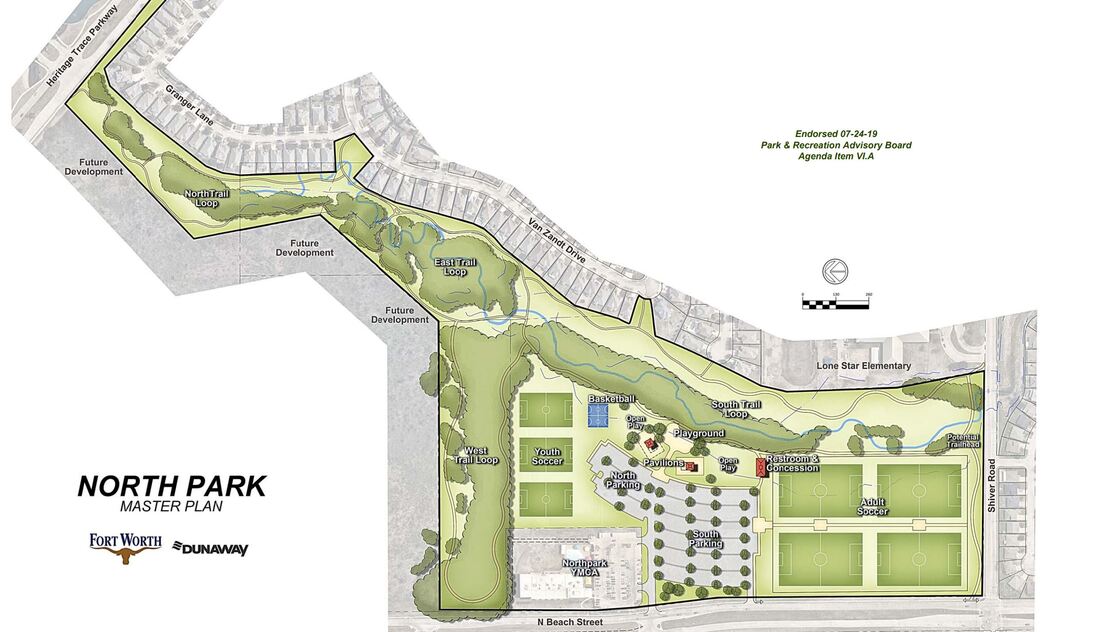 Master Plan Background Information
The North Park Master Plan was endorsed by the City of Fort Worth Park & Recreation Advisory Board on July 24, 2019 following community input meetings held on March 3, 2019 and April 30, 2019.  The Master Plan serves as a guide for improvements to be completed in the park over time.


(The existing combination basketball/in-line hockey court is being removed.)

Current Construction Schedule
The construction that just began is anticipated to be completed in late 2021.
Proudly powered by Weebly